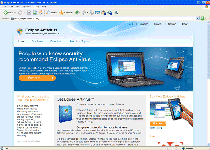 You Will Not See Eclipse Antivirus Coming

Rogue anti-virus software like Fake Eclipse Antivirus are primarily spread by Trojans that infect your PC through malicious websites and corrupted  .exe files; these Trojans then deliver a rogue anti-virus application payload automatically or through fake infection alerts. Trojans tend to be difficult to see in and of themselves, which places emphasis on having good security software up to thwart such malware passively.

How to Handle This Unruly PC Intruder

If you are concerned that malware or PC threats similar to Fake Eclipse Antivirus may have infected your computer, we recommend you start an in-depth system scan with SpyHunter. SpyHunter is an advanced malware protection and remediation application that offers subscribers a comprehensive method for protecting PCs from malware, in addition to providing one-on-one technical support service.