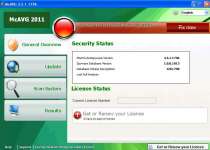 It's common enough for rogue scanners and other kinds of malware to pretend to be legitimate, but most aren't so bold as to hijack a valuable company brand. McAVG 2011 is one of the few that has the guts to do it, and wholly relies on your confusing it with true AVG and McAfee software. If you find yourself infected by this imposter rogue software, ignore all its warnings and instructions, as they're designed strictly to steal your money. Instead of doing what it wants, delete McAVG 2011 thoroughly and you will find your system much better off for the deed.

This is far from the first time the Internet's been plagued by fake system scanners, a type of malware known as rogue anti-virus program. In fact, very recently there was a fake AVG 2011! Like many others, McAVG 2011 popped up in (of course) 2011, created and spread by crooks in the Russian Federation. McAVG 2011 is simply the latest face used to victimize innocent computer users and is no different from a shake down for protection money from gangsters. Because of this, all McAVG 2011's messages and alerts should be completely disregarded as unreliable, and the user-friendly interface ignored as a mask slapped over an enemy's face. It's very useful to know what real AVG products look like, because McAVG 2011 is far from identical to them in visual presentation.

Protecting Yourself from Initial Infections

McAVG 2011 can spread itself in a number of ways, particularly through Trojans. Since no one would willingly download a Trojan infection, it's been known to be sent out from sites posing as online malware scanners, update file versions of useful tools like Adobe Flash, or even as a codec. Staying away from insecure sites and file downloads will be the best thing you can do to keep your computer safe. Since you will often not remember installing it, the very fact that it suddenly appears on your computer for no reason should be a giant flashing warning sign.

How McAVG 2011 Abuses Your Hospitality

McAVG 2011 is a very inconsiderate guest on your hard drive. Despite looking similar to Kaspersky Lab products, it operates in a much more hostile fashion. McAVG 2011 will start itself up every time you reboot, unless you use Safe Mode. While running, it will create the appearance of numerous threats on your computer in quite a few different ways.

Paying for Malware (Don't Take the Easy Way Out!)

Although McAVG 2011 tries very earnestly to get you to purchase it, that's not a smart course of action. Instead of calming down after purchase, McAVG 2011 will continue and possibly even step up its scare tactics. Your credit card will probably also be abused in ways no poor piece of plastic deserves to endure! Although this rogue has been observed to have several modes of operation that help regulate how it delivers its abuse, in no circumstances so far has McAVG 2011 been shown to shut down and leave the user alone.

Since going along with it has no benefits, deleting McAVG 2011 is your only real option. Luckily, the basic anti-malware weapons will still work on it. Try some of the following:

If you have given the creators of McAVG 2011 your money, call your credit card company up. Have a calm chat with them, and discuss how you would like to get the charge canceled. If you did not wait too long, there is a good chance you will be able to pry your money back from the hands of these malware-spreading criminals. 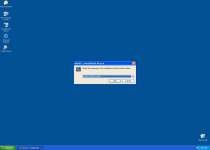 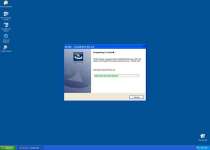 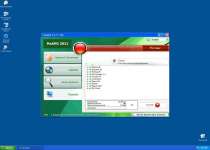 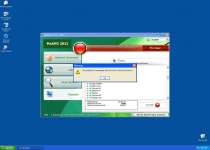 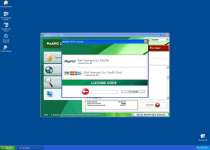 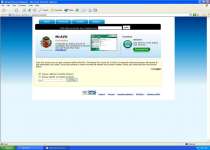 If you are concerned that malware or PC threats similar to McAVG may have infected your computer, we recommend you start an in-depth system scan with SpyHunter. SpyHunter is an advanced malware protection and remediation application that offers subscribers a comprehensive method for protecting PCs from malware, in addition to providing one-on-one technical support service.