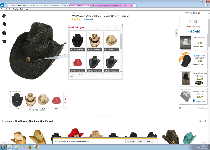 PUP.wxDfast is a technical identification for wxDownload Fast, a download management program that's been noted for several forms of mildly malicious behavior and, thus, labeled as a Potentially Unwanted Program. Besides installing PUP.wxDfast intentionally from the site dfast.sourceforge.net (which some PC security companies have noted to be linked to a subdomain that hosts harmful content), you may also acquire a PUP.wxDfast infection after you install a completely unrelated program that bundles with PUP.wxDfast. PUP.wxDfast is classified as a low-level threat, and while PUP.wxDfast may spam your e-mail contacts with messages that promote itself, SpywareRemove.com malware researchers note that PUP.wxDfast isn't likely to cause significant damage to your PC. However, unwanted installations of PUP.wxDfast are often accompanied by other PC threats, all of which should be removed (like PUP.wxDfast, itself, if applicable) by trustworthy anti-malware products.

PUP.wxDfast – the Helpful Downloader Whose Aid You May Not Want

As download-assistance software, PUP.wxDfast isn't necessarily harmful to your PC and can be used like any other program in cases where its services and features are all desirable. However, many cases of PUP.wxDfast installations have occurred without the PC user's permission by installing PUP.wxDfast along with completely unrelated applications. SpywareRemove.com malware researchers recommend that you avoid general software download sites and download your applications only from direct and reputable sources to avoid any unwanted contact with PUP.wxDfast.

PUP.wxDfast's website has also been noted to include a subdomain with potentially harmful content, and SpywareRemove.com malware researchers suggest using strong browser and anti-malware security while you're interacting with any part of PUP.wxDfast's home site. In scenarios where PUP.wxDfast is installed without your permission, PUP.wxDfast may be reinstalled by other PC threats after you attempt to remove PUP.wxDfast. If you've decided that you don't want PUP.wxDfast on your PC, you should delete all of PUP.wxDfast's components and any related PC threats by scanning your PC with thorough anti-malware software.

The Bugs That Are Along for the Ride with PUP.wxDfast

PC threats that are sometimes installed along with PUP.wxDfast have been known to corrupt system Restore Points, hijack browser homepages and disable important system tools like Task Manager. Removing all PUP.wxDfast-related PC threats, including PUP.wxDfast, can be managed easily once you disable them, which SpywareRemove.com malware researchers recommend via booting into Safe Mode or booting by a removable hard drive device.

While PUP.wxDfast, by itself, is a negligible concern for your PC's security, other types of harmful software that come with PUP.wxDfast can be more significant PC threats that have the power of producing permanent deterioration to your PC or the information contained therein. As a result, SpywareRemove.com malware experts recommend that you analyze your PC with accurate anti-malware software any time that you've noticed the presence of PUP.wxDfast without having installed PUP.wxDfast of your own free will. 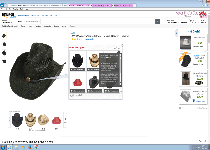 If you are concerned that malware or PC threats similar to PUP.wxDfast may have infected your computer, we recommend you start an in-depth system scan with SpyHunter. SpyHunter is an advanced malware protection and remediation application that offers subscribers a comprehensive method for protecting PCs from malware, in addition to providing one-on-one technical support service.

DOWNLOAD NOW
Most Popular Malware
Top Trojans
Spywareremove.com uses cookies to provide you with a better browsing experience and analyze how users navigate and utilize the Site. By using this Site or clicking on "OK", you consent to the use of cookies. Learn more.