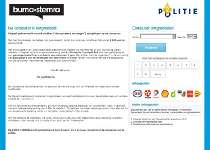 The Buma Stemra Virus – a Fraud with a Believable Tune

As a Trojan that targets Dutch victims both in its language and its choice of legal organization as a cover, the Buma Stemra Virus is a significant threat to those living in the Netherlands but may also attack and lock computers in other regions. The Buma Stemra Virus begins its attack by displaying a Dutch warning message that claims that your PC has been associated with copyrighted audio file-related crimes – a fairly believable accusation, particularly since the Buma Stemra is, itself, a legitimate and reputable organization that focuses on music-related copyright issues.

SpywareRemove.com malware researchers also denote that, despite its casual name, the Buma Stemra Virus has not shown any inclination to performing virus-like activities (such as infecting a broad range of preexisting files). You should trust your anti-malware software to detect and remove all components of a Buma Stemra Virus infection, which lacks any serious ability to cause permanent damage to files on your PC, assuming that the Buma Stemra Virus is removed in a competent manner.

If you are concerned that malware or PC threats similar to Buma Stemra Virus may have infected your computer, we recommend you start an in-depth system scan with SpyHunter. SpyHunter is an advanced malware protection and remediation application that offers subscribers a comprehensive method for protecting PCs from malware, in addition to providing one-on-one technical support service.