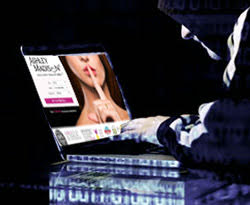 Sometimes, there are rare instances when hackers seem to develop a certain sense of morality as they have when it comes to the AshleyMadison.com cheating site being hacked to expose over 37 million of its users.

There are many secrets of the world and probably even more when it comes to websites crafted exclusively to keep information or certain activities confidential. Such can be said about the website AshleyMadison.com, a place that's designed to allow married individuals start up a cheating affair. With over 37 million users, the online cheating site has drawn criticism from many directions, and rightfully so due to their failing moral ethics in the constitution of marriage.

Hackers have taken a slightly different road in their efforts of threatening to expose the identities and sensitive information of millions of AshleyMadison.com users unless the online cheating site shuts down.

The tagline from AshleyMadison.com is "Life is short. Have an affair." Quite the interesting tag line to some, wouldn't you agree? However, with 37.5 million worldwide users, hackers would be armed with some interesting data if the allegation of them compromising user records turns out to be true.

With the threat from hackers already leaking information from AshelyMadison.com online, the Toronto-based Avid Life Media company who runs the site may be in for some serious damage control, in more ways than one.

The hackers behind this fiasco call themselves the Impact Team. Their treat to name-shame millions of the members on AshleyMadison.com is drawing major concern all over the world. Furthermore, it demises the sanctity of marriage making it seem less that valuable – as it obviously sits with anyone who uses such a service. The Impact Team has released a statement saying, "Avid Life Media has been instructed to take Ashley Madison and Established Men offline permanently in all forms, or we will release all customer records, including profiles with all the customers' secret sexual fantasies and matching credit card transactions, real names and addresses, and employee documents and emails."

The morality proposition for the Impact Team group of hackers gets a bit turned around after they explain that they decided to target Avid Life Media because the firm has allegedly been lying to customers with a promise to delete a profile and usage history through a $19 "Full Delete" feature but they failed to remove the customer's credit card details. Impact Team wrote in their disclosure of the hacking threat, "Full Delete netted ALM $1.7mm in revenue in 2014. It's also a complete lie. Users almost always pay with credit card; their purchase details are not removed as promised, and include real name and address, which is of course the most important information the users want removed."

The Impact Team has gone on to explain other reasons as to why they attacked the properties of Avid Life Media further stating on the Krebs On Security site, "Too bad for those men, they're cheating dirtbags and deserve no such discretion. Too bad for ALM, you promised secrecy but didn't deliver. We've got the complete set of profiles in our [database] dumps, and we'll release them soon if Ashley Madison stays online. And with over 37 million members, mostly from the US and Canada, a significant percentage of the population is about to have a very bad day, including many rich and powerful people."

Currently, AshleyMadison.com and EstablishedMen.com, both properties belonging to Avid Life Media, remain online and accessible for current and new customers. While the threat of the hackers looms, Avid Life Media is assuring the security of their customer's information by releasing a statement saying, "We ... have had stringent security measures in place, including working with leading IT vendors from around the world. As other companies have experienced, these security measures have unfortunately not prevented this attack to our system. At this time, we have been able to secure our sites, and close the unauthorized access points. We are working with law enforcement agencies, which are investigating this criminal act."

As we know all-to-well, hackers are relentless when it comes to standing up for what they believe in and will not back down to an opportunity to trump large companies through their hacking efforts. Claimed as the most successful website for finding an affair and cheating partners, AshleyMadison.com is in the media limelight. As far as what comes out of this hacker threat has yet to been seen or predicted.