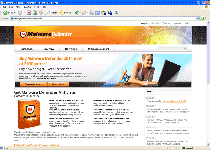 The Malware That Malware-defender.com Uses to Gain Access to Your Credit Card

Unlike a real anti-malware website, malware-defender.com uses a variety of deceptive marketing tactics and software distribution techniques to gain a foothold on your PC. Besides presenting entirely fake information about Malware Defender and its own company history, malware-defender.com will make use of Trojans and browser exploits to install Malware Defender under false pretenses.

Consequentially, you may find that Malware Defender is accompanied by such infections as Zlob or Fake Microsoft Security Essentials Alert Trojans, especially if the malware-defender.com product was installed as part of an online scanner's recommendation. Be especially careful around fake updates for browsers like Internet Explorer, Chrome or Firefox, since malware-defender.com Trojans have been known to prefer such disguises.

SpywareRemove.com malware researchers have found that the following message often occurs as a symptom of these attacks:

The Rotten Apple That Malware-defender.com Really Wants to Sell to You

Trojans aside, even Malware Defender's inherent attributes are more than unpleasant enough to warrant deleting Malware Defender from your hard drive as soon as possible:

The above includes not only Malware Defender, but other clones of malware-defender.com as well, such as  bogemasecurity.com's Bogema Security, ultimblock.com's Ultim Block and  antivirusedition.com's Antivirus Edition. If you need to delete malware-defender.com rogue anti-virus programs, clones of such programs or related Trojans, SpywareRemove.com malware analysts recommend that you first disable the guilty infection by using Safe Mode or an external hard drive-based Windows boot.