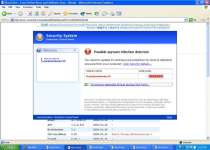 Zlob is a large family of multiple-component trojans that use several threats in coordination to hijack your web browsers and install malicious programs. Zlob is particularly closely-associated with rogue security applications like Windows AV Component that create fake infection warnings and other inaccurate system alerts. The goal of any rogue security program is to steal your credit card information and money, and Zlob assists them in that endeavor through a variety of methods that attack your web browser and potentially your security programs. If you've found an unusual security program installed on your PC for no reason, you may be the victim of a Zlob attack. Despite the wide variety of Zlob in the wild, any good anti-virus program can remove Zlob from your computer along with any related threats.

Learning the Signs of a Possible Zlob Infection Attack

Zlob trojans can occur in an almost countless number of slight variations that are designed to attack your computer in slightly different ways or are affiliated with slightly different types of rogue security programs. Some common types of Zlob threats include Trojan:Win32/Zlob.gen!S, TrojanDownloader:Win32/Zlob.AMP, TrojanDownloader:Win32/Zlob.gen!AU, Trojan:Win32/Zlob.AU and TrojanDownloader:Win32/Zlob.gen!T. Zlob Trojan constantly updates and switches to whatever rogue anti-spyware program the rogue creator wants to distribute at any given time. Zlob may pop up a message saying that your computer is infected with the following infections: Spyware.CyberLog-X, W32.Myzor.FK@yf, and Trojan-Spy.Win32.mx. Zlob installs many popular rogue anti-spyware programs, among them are XP Antivirus 2012, Win 7 Security 2012, XP Security 2012, IEDefender, AntiVirGear, SpyShredder, WinAntiVirus Pro 2007, Ultimate Cleaner, and SecurePCCleaner.

Some types of Zlob are even installed by other Zlob variations, and different Zlob trojans can vary widely in the forms they take. Some Zlob trojans are installed in the form of Browser Help Objects or BHOs, and although most Zlob attacks place preference on hijacking Internet Explorer, other Zlob trojans may hijack other types of web browsers.

Since rogue security programs are closely linked to Zlob, you should assume that the presence of one may indicate the presence of the other. Using anti-virus software to scan your entire PC for Zlob and other threats should detect all possible dangers to your PC. Updating your anti-virus software prior to a scan will help you detect Zlob, which may be vital, given that Zlob is available in dozens of variations and has seen updated versions as recently as June 2011.

Despite their many possible differences, almost all Zlob versions have two traits in common with regards to their intended attacks or payload: 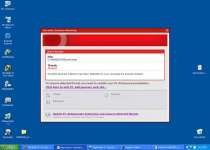 If you are concerned that malware or PC threats similar to Zlob may have infected your computer, we recommend you start an in-depth system scan with SpyHunter. SpyHunter is an advanced malware protection and remediation application that offers subscribers a comprehensive method for protecting PCs from malware, in addition to providing one-on-one technical support service.