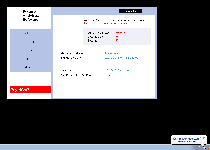 Futurro Antivirus is a rogue anti-virus scanner that delivers system alerts and system scans with fake results. These misleading functions, while visually identical to those of a legitimate anti-virus product, can't protect your computer from viruses or other threats. Like other rogue anti-virus programs, Futurro Antivirus has no interest in your PC's security and actually may impede it with undesirable settings changes, potentially including disabling important security products. As a natural conclusion, malware researchers find deleting Futurro Antivirus to be as necessary as it would be to remove any virus, Trojan or rootkit.

Futurro Antivirus is one of the most common forms of scamware examined by malware experts, that of a rogue anti-virus product that pretends to be able to detect viruses and other threats, but doesn't have any real ability to do so. While Futurro Antivirus may deliver various formats of pop-up warnings and imitate the natural results of an anti-malware scanner, Futurro Antivirus doesn't try to detect or block legitimatize threats to your PC, and any information given by Futurro Antivirus always should be considered suspect. In this respect, Futurro Antivirus is identical to other carefully-designed hoaxes of PC security from the WinWeb Security family which inludes Antivirus Security, System Security, AntiSpyware Pro 2009, Total Security, Total Security 2009, Security Tool, Trojan.RogueAV.a.gen, System Adware Scanner 2010, FakeAlert-KW.e, Advanced Security Tool 2010, System Tool 2011, Security Shield, MS Removal Tool, Personal Shield Pro, Advanced PC Shield 2012, Security Sphere 2012 and Antivirus Center.

Even if that were Futurro Antivirus's only real abilities, its delivery of fraudulent system information would make it worth classifying Futurro Antivirus as a danger to your system. Regrettably, malware experts also warn that variants of Futurro Antivirus may include other functions that are more aggressive than a simple pop-up. The most common rogue anti-virus software-related attacks include:

While the plan behind Futurro Antivirus's scam is to force its victims to purchase its 'registered' software, a perceptive victim shouldn't have much trouble understanding that there aren't any benefits to be had from Futurro Antivirus. Removing Futurro Antivirus never should be considered anything other than necessary for the basic safety of your computer, along with any changes to your browser or Registry that may be made during the course of its attacks. Most reputable anti-malware programs shouldn't run into any difficulties while deleting Futurro Antivirus, although malware experts recommend making use of Safe Mode during the process for increased surety of success.

Futurro Antivirus's distribution methods still are under examination. However, common methods of distributing scamware often use social engineering deceits, such as pretending to have detected problems with your computer that could be cured by downloading new software. Due to this common nature of these attacks, malware researchers find it best to avoid downloading software from non-verified sources. Risky installers for Futurro Antivirus and domains related to Futurro Antivirus usually should be detectable by up-to-date anti-malware utilities. 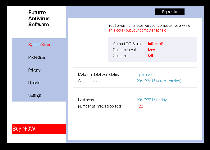 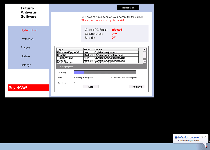 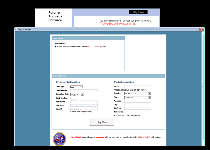 If you are concerned that malware or PC threats similar to Futurro Antivirus may have infected your computer, we recommend you start an in-depth system scan with SpyHunter. SpyHunter is an advanced malware protection and remediation application that offers subscribers a comprehensive method for protecting PCs from malware, in addition to providing one-on-one technical support service.