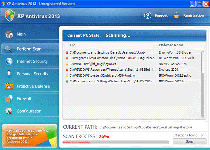 XP Antivirus 2013: the Risk That Keeps on Giving in So Many Ways

Contrary to its looks, XP Antivirus 2013 can't detect malicious software, nor can XP Antivirus 2013 delete malware that's infecting your computer. However, simulated scans and pop-ups by XP Antivirus 2013 attempt to show otherwise, with a colorful assortment of fake alerts and infection warnings that fake the identification of spyware and other high-level PC threats. SpywareRemove.com malware experts encourage total disregard to XP Antivirus 2013's histrionic fake alerts, which can cause you to damage your PC if you follow their advice. Likewise, purchasing XP Antivirus 2013 should never be considered a viable solution to any computers problems.

While XP Antivirus 2013 and other members of the FakeXPA family of fake anti-malware scanners are best known for their misleading security information, XP Antivirus 2013 may also indulge in other attacks. SpywareRemove.com malware experts have noted some of the most dangerous below:

Staying a Leap Ahead of Next Year's Digital Con Game

Infections by XP Antivirus 2013 can be precipitated by Trojan downloaders from a range of different families as well as by drive-by-download exploits that are associated with commercially-distributed exploit kits (Blackhole Exploit Kit, etc).

If you are concerned that malware or PC threats similar to XP Antivirus 2013 may have infected your computer, we recommend you start an in-depth system scan with SpyHunter. SpyHunter is an advanced malware protection and remediation application that offers subscribers a comprehensive method for protecting PCs from malware, in addition to providing one-on-one technical support service.