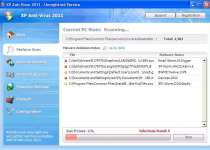 XP Anti-Virus 2011 is a rogue anti-virus product from tyhe FakeRean family that alters its name slightly to suit each operating system, as well as adding a few more randomized touches to make it less recognizable. The XP Anti-Virus 2011 rogue scanner will detect clean files as infections, use error messages to block websites and hijack your browser, alter your registry arbitrarily and interfere with the running of programs such as legitimate anti-malware scanners. Consider this rogue scanner a high threat, since deleting XP Anti-Virus 2011 is mandatory if you want your computer to work like normally ever again!

All of these may or may not be randomized to have the '2011' year tag included at the end of their names, just to add one more layer to the deception! If you're running a different operating system, you can also expect XP Anti-Virus 2011 to change its name to a more appropriate one, such as 'Win 7 Anti-Virus 2011.'

The Many Errors Behind the Many Brand Names

Ultimately, XP Anti-Virus 2011's name is of little import, since the underlying behavior remains exactly the same. You can find it as a randomly-named, three-character .exe file that runs automatically whenever you start another program due to registry alterations XP Anti-Virus 2011 slips in without your permission.

This registry-fiddling has other consequences as well, including being forced to endure XP Anti-Virus 2011 interfering with your browsing sessions in Firefox and Internet Explorer. XP Anti-Virus 2011 will shut down websites with the following inaccurate error message:

Internet Explorer alert. Visiting this site may pose a security threat to your system!
Possible reasons include:
- Dangerous code found in this site's pages which installed unwanted software into your system.
- Suspicious and potentially unsafe network activity detected.
- Spyware infections in your system
- Complaints from other users about this site.
- Port and system scans performed by the site being visited.

Things you can do:
- Get a copy of XP Anti-Virus 2011 to safeguard your PC while surfing the web (RECOMMENDED)
- Run a spyware, virus and malware scan
- Continue surfing without any security measures (DANGEROUS)

XP Anti-Virus 2011 also uses old rogue product tactics in detecting clean files as infections both via faked scans and falsified error messages. All instances of this should be completely ignored, since they're just XP Anti-Virus 2011's way of trying to get you to spend money on malware. Common messages XP Anti-Virus 2011 may create include:

Security breach!
Beware! Spyware infection was found. Your system security is at risk. Private information may get stolen, and your PC activity may get monitored. Click for an anti-spyware scan.

System Hijack!
System security threat was detected. Viruses and/or spyware may be damaging your system now. Prevent infection and data loss or stealing by running a free security scan.

Privacy threat!
Spyware intrusion detected. Your system is infected. System integrity is at risk. Private data can be stolen by third parties, including credit card details and passwords. Click here to perform a security repair.

Stealth intrusion!
Infection detected in the background. Your computer is now attacked by spyware and rogue software. Eliminate the infection safely, perform a security scan and deletion now.

This rogue anti-virus product will also shut down programs, such as anti-malware scanning software that could remove XP Anti-Virus 2011, with the following error:

XP Anti-Virus 2011 Firewall Alert
XP Anti-Virus 2011 has blocked a program from accessing the internet
Internet Explorer is infected with Trojan-BNK.Win32.Keylogger.gen
Private data can be stolen by third parties, including credit card details and passwords.

None of these errors will stop as long as this rogue infection is on your computer, so be ready to fight the good fight until you've deleted XP Anti-Virus 2011 for good. Using the key 1147-175591-6550 to register this malware may also help if removal is proving difficult! 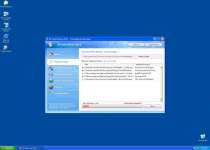 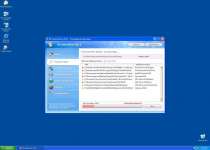 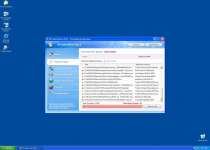 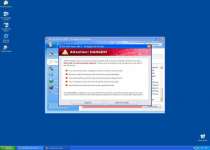 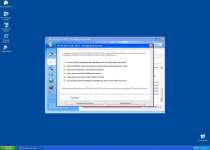 If you are concerned that malware or PC threats similar to XP Anti-Virus 2011 may have infected your computer, we recommend you start an in-depth system scan with SpyHunter. SpyHunter is an advanced malware protection and remediation application that offers subscribers a comprehensive method for protecting PCs from malware, in addition to providing one-on-one technical support service.